CEMUS Library/Lab/Lounge at Villavägen 16, campus Geocentrum, is a multifunctional space and meeting place for students, staff and local actors, where you can study, find course literature, work on projects or just relax. You can book it for events in line with CEMUS and Uppsala University’s activities and issues (see details below). The events can be open to the public, by invitation or a closed meeting. The space can be used free of charge for Uppsala Univerity and SLU students and staff, others pay 100 SEK per hour (see details on payment in confirmation email). 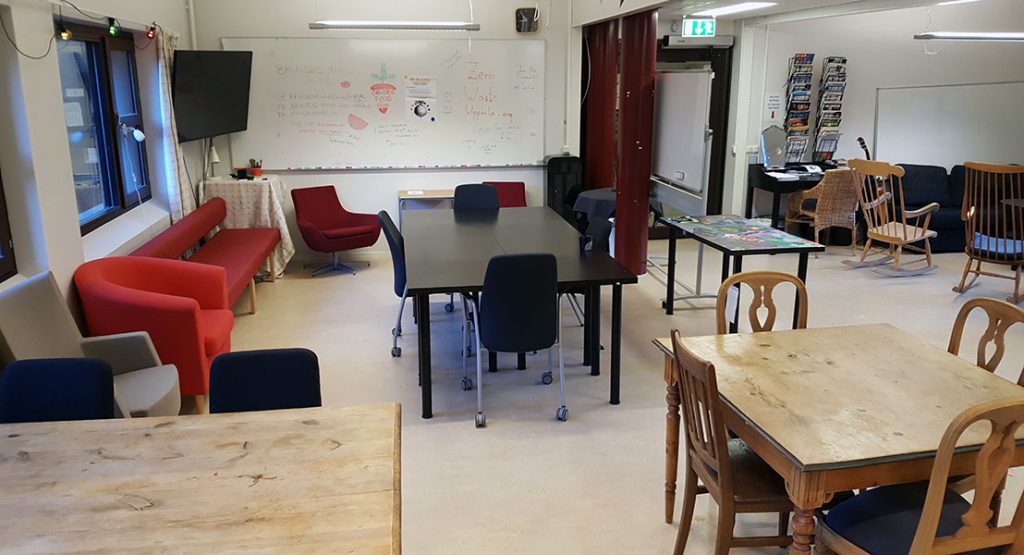 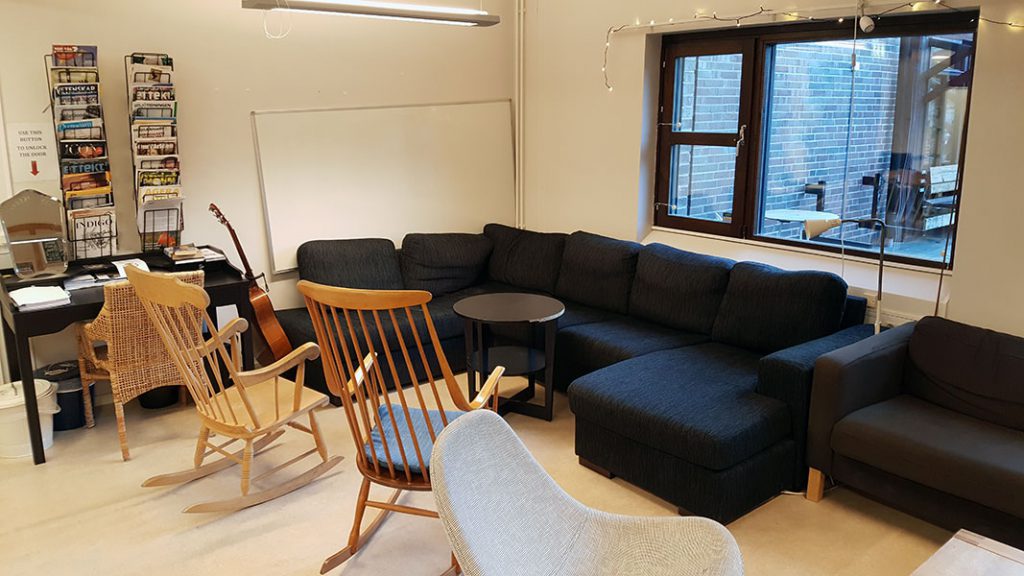 How to request a booking
First check when the space is available here: http://www.cemus.uu.se/calendar/ (note that the calendar list all CEMUS events, only events with”CEMUS LIBRARY” in title aren’t available). Then request a booking through this form: http://doit.medfarm.uu.se/kurt15693. 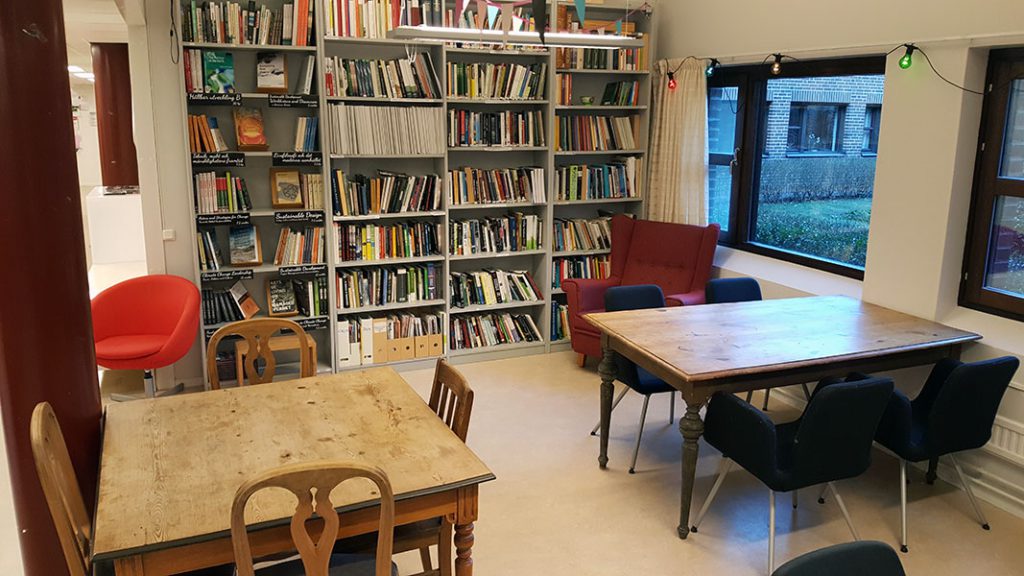 Practicalities
One side of the space has more of a lounge area with sofas and armchairs, which seats around 10-15 people depending on arrangements. The other side has tables and chairs in a more classic seminar style which seats 15-25 depending on how they are organized. There’s a TV-screen for presentations or screenings, wall-mounted and portable whiteboards. If want a projector for bigger presentations you need to brings this and a projector screen yourself, the same goes for workshop material. On both sides of CEMUS Library there are two courtyards you also can use, please state so in the booking form. 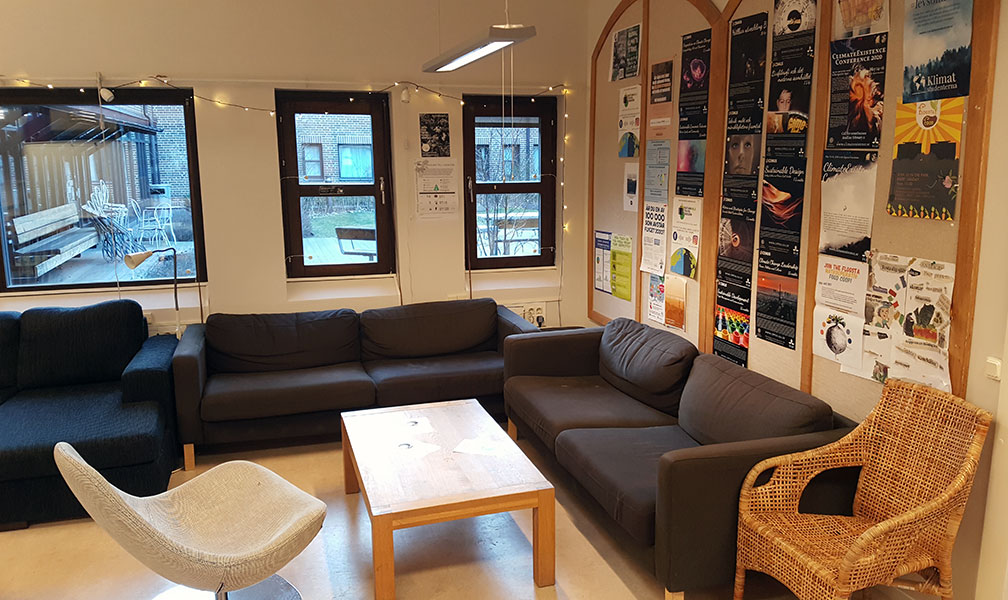 Latin liber (from Proto-Italic *lufro-) was originally “the inner bark of trees,” and perhaps is from PIE *lubh-ro- “leaf, rind,” a derivative of the PIE root *leub(h)- “to strip, to peel” (see leaf (n.)). Comparing Albanian labë “rind, cork;” Lithuanian luobas “bast,” Latvian luobas “peel,” Russian lub “bast,” de Vaan writes that, “for want of a better alternative, we may surmise that liber is cognate with *lubh- and goes back to a PIE word or a European word ‘leaf, rind.'”

The equivalent word in most Romance languages survives only in the sense “bookseller’s shop” (French libraire, Italian libraria). Old English had bochord, literally “book hoard.” As an adjective, Blount (1656) has librarious.