Welcome to a three part lunch seminar series on the Environmental and Climate Humanities this autumn 2022, starting September 15!

How: We open the doors at 12.00 for mingle and bring your own lunch, the seminar starts 12.15 with a presentation by the invited speaker followed by discussion 12.45, and we end 13.00 sharp. 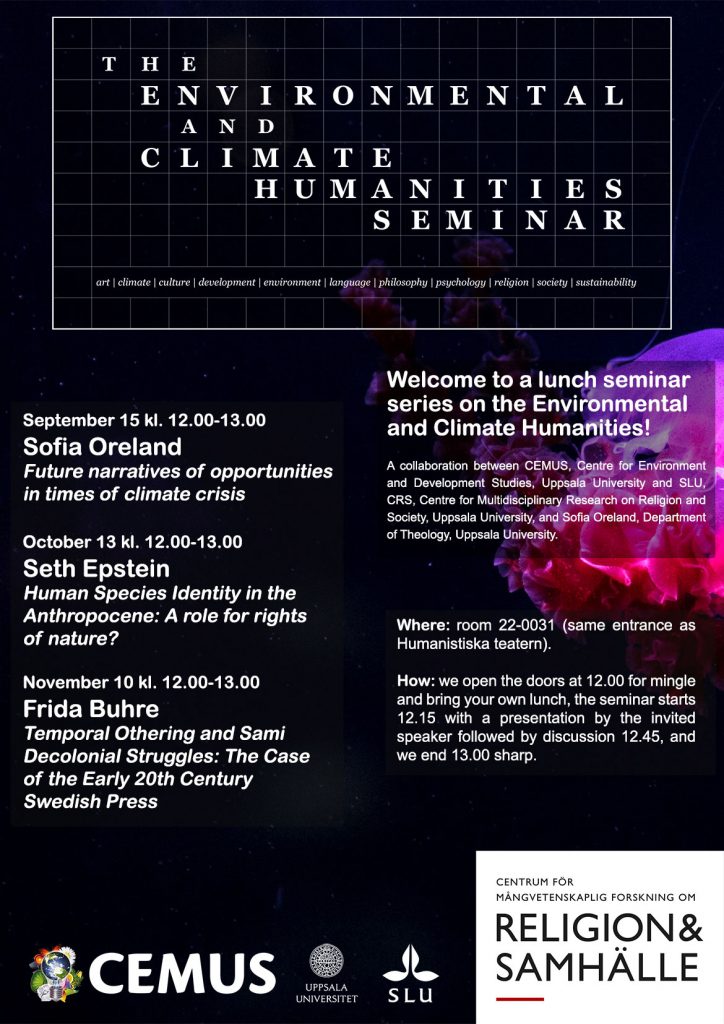 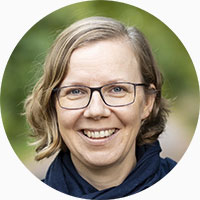 The study is based upon interviews with faith-based activists and participant observations at faith-based events. One of these events was “The Pilgrims walk for future”, during which a group of pilgrims walked from Sweden to the UN climate negotiations in Glasgow November 2021. The walk was a combination of a political manifestation and a pilgrimage in which prayerful contemplation was central. I found that they, in addition to ideas similar to the ones suggested by secular transition movements, raised opportunities closely linked to their religious faith and spirituality and/or to their experience of participating in this very pilgrimage.

Bio
Sofia Oreland is a doctoral student in Global Christianity at the Uppsala University in Sweden, currently working on her PhD-project about Christian climate activists’ religious faith and spirituality expressed in their climate advocacy work. The project is an intercultural theological study of religious faith expressed by climate activists in Sweden and South Africa. Her research interests are to be found in the intersection between the theology of culture and environmental thought, as well as in public theology.

Seth Epstein Human Species Identity in the Anthropocene: A role for rights of nature? 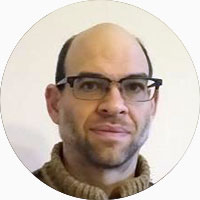 Bio
I am a historian focusing on the U.S. in the 20th century and a researcher at the Centre for Multidisciplinary Research on Religion and Society at Uppsala University. I am currently the lead investigator for a project based at CRS titled Realizing Rights of Nature: Sustaining Development and Democracy, which examines issues relevant to the UN’s global sustainable development goals identified in Agenda 2030. This project focuses on the actions of a growing number of jurisdictions over the past decade and a half to grant rights to nature. It further explores the potential challenges, politics, and resistance to conceiving and implementing such Rights of Nature (RoN) initiatives by placing them within the longer history of the expansion of rights and the creation of new legal subjects. The project has thus far produced two articles and our goal is to develop a handbook of primary and secondary sources about the relations between rights of nature and democracy. My previous research topics have included religious tolerance in the Jim Crow U.S. South, the employment of African Americans in the U.S. state of North Carolina between 1925 and 1950, and taxicab regulation in the 1920s and 1930s. 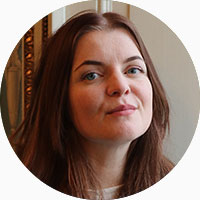 Bio
Frida Buhre is a postdoctoral researcher at Linköping University working in Environmental humanities and communication. With a background in rhetoric, she does work on Sami mobilization, children and youth climate justice activism, critical time studies, and political aesthetics. 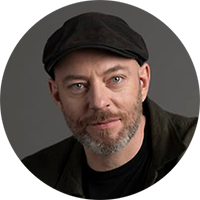 I am a professor in the study of Religions at Södertörn University in Stockholm, Sweden. I received my doctoral degree in History of Religions from Uppsala University (2003) and have since published widely within the fields of Islamic and Romani studies. My academic interests include secularization and religious change, religion among Romani people, Iranian and Shi´ite studies, Pentecostal studies, ritual and postcolonial theory.

I am the author of the monographs Living Shi´ism (Brill 2006), Faith and revivalism in a Nordic Romani Community (I.B. Tauris 2013) and The godless people: the post-Christian swedes and religion (Molin & Sorgenfrei 2015). I have a wide interest for international scholarly collaborations, particularly with Middle Eastern countries. Together with a group of Arab scholars I co-authored the UNESCO guidebook for history textbook authors writing on Europe and the Arabo-Islamic world (UNESCO/ISESCO 2011). I am a board member of the Swedish research institute in Istanbul and in 2015 I organized a symposium about religion and jurisprudence bringing together scholars from Europe and Iraq. I am also the sitting president of the Swedish association for the history of religions (SSRF). 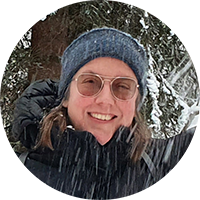 I am the Vice Dean of the Faculty of Languages at Uppsala University, Sweden, with responsibility for education and collaboration, and Associate Professor in Literature and Pedagogy at the Department of English, also at Uppsala University. I teach and research on contemporary literature, pedagogy, and ecocriticism.

My most recent book Teaching Literature in Times of Crisis (Routledge, 2021) has just been published. My other publications include another monograph Atlantic Afterlives in Contemporary Fiction (Palgrave, 2016) as well as numerous chapters and articles in edited collections and journals, most recently in The Handbook of Twentieth and Twenty-First Century Literature and Science (Palgrave, 2020) and Teaching the Literature of Climate Change (MLA, forthcoming). I contributed to a highly original edited collection called Loanwords to Live With: An Ecotopian Lexicon (Minnesota UP, 2019) and my essay on the Swedish word “fotminne” can be read about in “Parlör for ett vettigare sätt att tala om klimatet” (SvD, 2020) as well as in “The Search for New Words to Make us Care about the Climate Crisis” in The New Yorker, 2020. 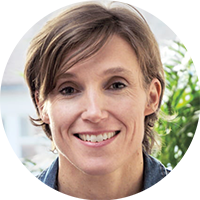 I am a scholar of Systematic theology, Dean of the Department of Religious Studies and Theology, Senior lecturer, University College Stockholm, and a minister of the Lutheran Church of Sweden. My research interests include continental philosophy, art, political theology and political and artistic activism. 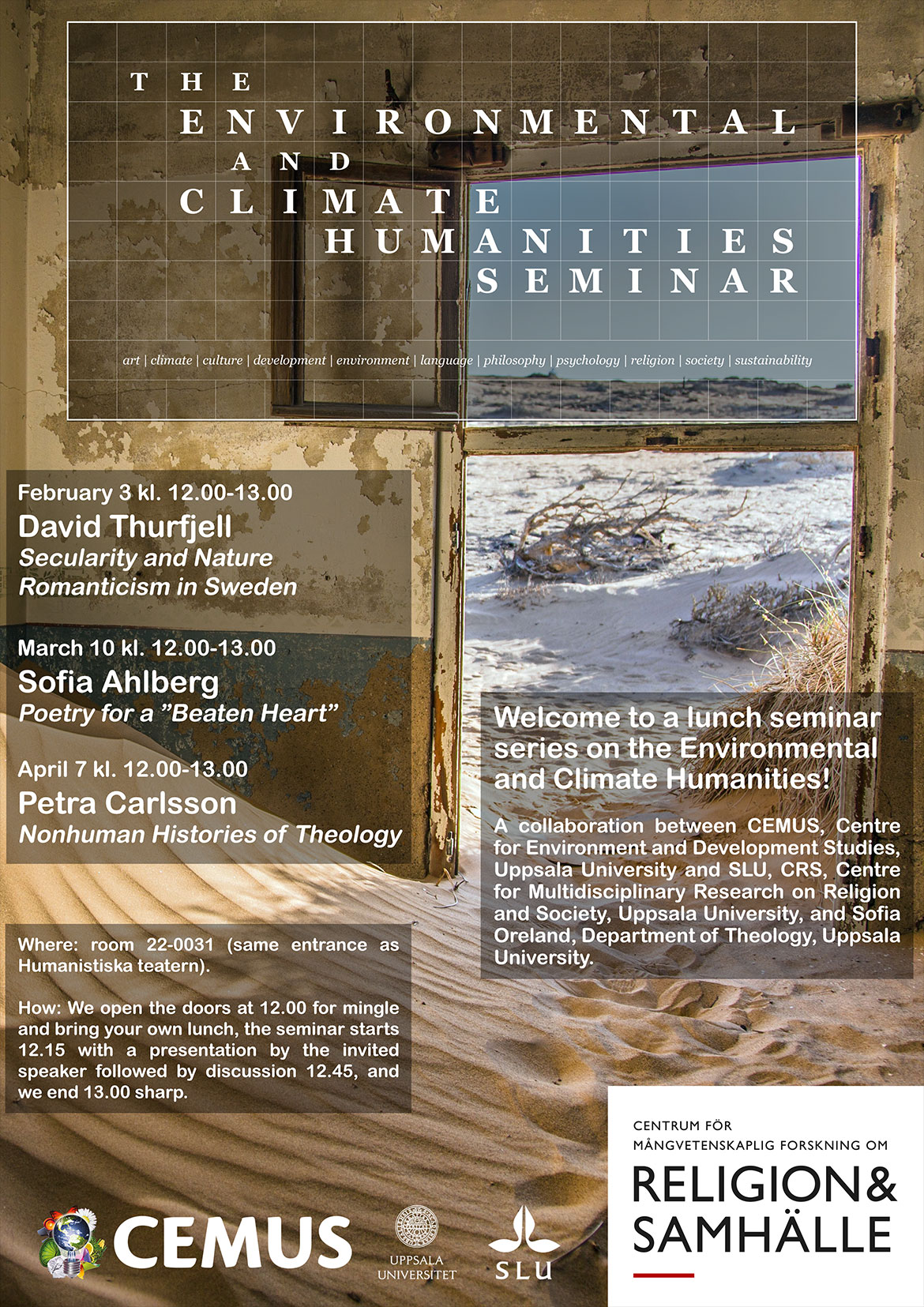