…the fact that certain members of the oppressor class join the oppressed in their struggle for liberation, thus moving from one pole of the contradiction to the other… Theirs is a fundamental role, and has been throughout the history of this struggle. It happens, however, that as they cease to be exploiters or indifferent spectators or simply the heirs of exploitation and move to the side of the exploited, they almost always bring with them the marks of their origin: their prejudices and their deformations, which include a lack of confidence in the people’s ability to think, to want, and to know. Accordingly, these adherents to the people’s cause constantly run the risk of falling into a type of generosity as malefic as that of the oppressors. The generosity of the oppressors is nourished by an unjust order, which must be maintained in order to justify that generosity. Our converts, on the other hand, truly desire to transform the unjust order; but because of their background they believe that they must be the executors of the transformation. They talk about the people, but they do not trust them; and trusting the people is the indispensable precondition for revolutionary change. A real humanist can be identified more by his trust in the people, which engages him in their struggle, than by a thousand actions in their favor without that trust.Paulo Freire, Pedagogy of the Oppressed

If you are studying or working at Uppsala University you can read “Troubling Education: Queer Activism and Antioppressive Pedagogy” by Kevin Kumashiro here http://tinyurl.com/y4zmm2me 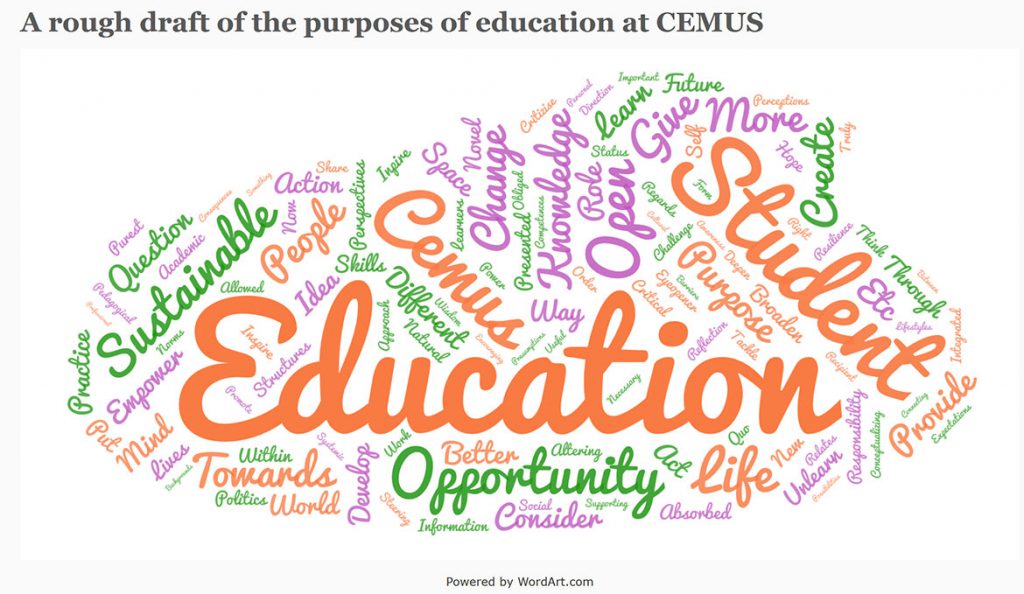 “A rough draft of the purposes of education at CEMUS” by CEMUS course coordinators autumn 2018.