Governments may have less immediate power than they used to but, in matters large and small, someone somewhere often has to make a decision that will affect many lives. The Ministers making those decisions are human too, and what we know about how science and futures thinking operate in government can tell us a lot about their place in wider public debates. Making decisions today, based on evidence from the past, in order to change the future: what could possibly go wrong?

Dr Claire Craig CBE is Chief Science Policy Officer at the Royal Society. Previously Claire led the Government Office for Science, and has worked for three UK Government Chief Scientific Advisors. She was awarded a CBE for her work on Foresight, the UK’s science-based strategic futures programme, and was a member of Faculty at the World Economic Forum. Her career includes periods at McKinsey & Co and the Prime Minister’s Delivery Unit. She has been pre-Elected Provost of the Queen’s College, Oxford, taking up post in summer 2019. Her first book “How does government listen to scientists?” was published by Palgrave in August 2018, and she began life as a geophysicist. 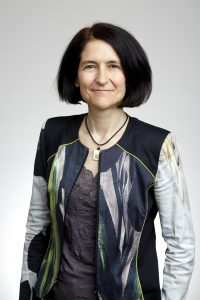