The most recent IPCC report focus on the consequences of climate change and societies’ vulnerabilities and potential abilities to adapt. It was published four days after the full scale Russian invasion of Ukraine begun. The Ukrainian represent in IPCC stated that climate change and the war in Ukraine have one thing in common – fossil fuels and our dependency on it.

Climate policy is security policy. Climate change it self poses a huge threat to people worldwide, and our fossil economies are fragile and vulnerable in times of increasing geopolitical tensions.

EU has been and still is a large importer of Russian gas, oil, coal and uranium. So far, EU sanctions have not limited the European use of Russian energy. Recently the EU-commission announced its REPowerEU plan, with the objective to reduce EU dependency on Russian gas by two thirds before the end of the year.

During this lecture Pär will talk about the messages from the latest IPCC report and about European climate policy and energy security. 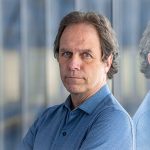 Pär Holmgren is a meteorologist, climate expert and since 2019 member of the European Parliament for the Swedish Green Party (Miljöpartiet de Gröna). In the parliament he sits on the Committee on the Environment, Public Health and Food Safety, and also as replacement on the Committee on Agriculture and Rural Development.

Pär is a trained officer in the Swedish Armed Forces and has worked as meteorologist at Swedish Public Service Television (SVT), and has a long engagement in climate issues and has among other things received the Environmental Hero of the Year (Årets miljöhjälte) from the World Wildlife Fund and a Honorary Doctorate Degree from Uppsala University.