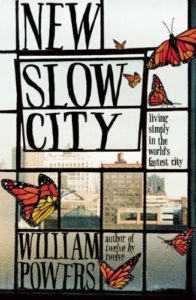 Burned-out after years of doing development and conservation work around the world, William Powers spent a season in a 12-foot-by-12-foot cabin off the grid in North Carolina.

Could he live a similarly minimalist way in the belly of the go-go beast — New York City?

To find out, Powers and his wife jettisoned 80 percent of their stuff, left their 2,000-square-foot Queens townhouse, and moved into a 350-square-foot “micro apartment” in Greenwich Village. Downshifting to a 20-hour workweek, Powers explores the viability of Slow Food and Slow Money, technology fasts and urban sanctuaries, rooftop gardening and beekeeping. Discovering a colorful cast of New Yorkers attempting to resist the culture of Total Work, Powers offers an inspiring exploration for anyone trying to make urban life more people- and planet-friendly.

Welcome to a public talk organized by CEMUS Research Forum (CEFO)! Students, researchers, staff and any interested public are welcome to join. The talk will be based on his book, New Slow CityLiving Simply in the World’s Fastest City. 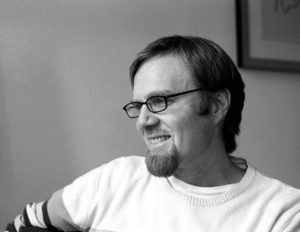 William Powers has worked for two decades in development aid and conservation in Latin America, Africa, and North America. From 2002 to 2004 he managed the community components of a project in the Bolivian Amazon that won a 2003 prize for environmental innovation from Harvard’s John F. Kennedy School of Government. His essays and commentaries on global issues have appeared in the New York Times and the International Herald Tribune and on National Public Radio’s Fresh Air. Powers has worked at the World Bank and holds international relations degrees from Brown and Georgetown. A third-generation New Yorker, Powers has also spent two decades exploring the American culture of speed and its alternatives in some fifty countries around the world. He has covered the subject in his four books and written about it in the Washington Post and the Atlantic. Powers is a senior fellow at the World Policy Institute and an adjunct faculty member at New York University.