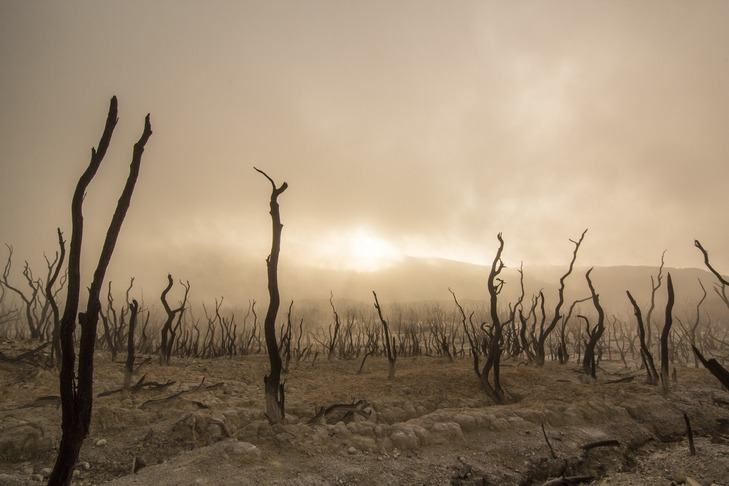 Slow violence in the Anthropocene

As we learnt in the previous article, the Anthropocene includes different stories – some who might be less visible when trying to understand processes connected to climate change. In this article we will look at the communicative aspects of history and a term called slow violence.

How can environmental writers craft emotionally involving stories from disasters that are slow-moving and attritional, rather than explosive and spectacular? This is a particularly pressing question for our age, as the news cycle spins ever faster, as the media venerates spectacle, and as public policy is increasingly shaped around what are perceived as immediate needs.[1]

These are words by Rob Nixon who tries to initiate a new movement among writers were they engage in making the destructive processes of climate change visible. He continues:

Think of the narrative challenges posed by these examples of what I call “slow violence”: climate change; the thawing polar icecaps; the slow toxic drift of agricultural nitrates from the heartland down the Mississippi to the Gulf’s deep delta, creating a vast dead zone larger than New Jersey. Think of oil spills, deforestation, and a host of other slow-moving environmental disasters, like the ongoing chemical and radiological legacies of wars that officially have been concluded. Under such circumstances, slow violence often fuels social conflicts that arise from desperation as life-sustaining conditions incrementally – rather than suddenly – erode. But the long-term emergencies that result are readily marginalized or ignored by hard-charging news organizations in pursuit of quick, eye-catching stories.[1]

You could say that the idea of the Anthropocene is one ambitious way of creating a story about all those different slow moving processes. But as such, it has been criticised. In the article “Geology of mankind?” Alf Hornborg and Andreas Malm argue strongly against using the term Anthropocene. Writing that:

‘the Anthropocene’ might be a useful concept and narrative for polar bears and amphibians and birds who want to know what species is wreaking such havoc on their habitats, but alas, they lack the capacity to scrutinize and stand up to human actions. Within the human kingdom, on the other hand, species-thinking on climate change is conducive to mystification and political paralysis. It cannot serve as a basis for challenging the vested interests of business-as-usual.[2]

Do you you agree with Hornborg and Malm? Other writers have created a host of suggested alternatives including the capitalocene, but suggestions include examples ranging from the econocene and the technocene to the manocene, misanthropocene and the necrocene[3]. How would you tell the story of current times and the changes we see?

< Can history be the story of different stories? ARTICLE

Climate change leadership in your own context DISCUSSION >